Is doing something in a faster and more effective manner bad for someone?
It’s not bad for me, and I don’t expect you to rely on the same path.
The same thing goes with software development and its process. What is bad with developing software in a faster and more effective manner?
So, if you believe in going efficiently to perform tasks, let’s look over this method for you.

As the name says, Agile methodology is nothing more than an agile method of developing software.
The concept is deep to dive into, but as it is deeper, there are more misconceptions. Let’s deal with them first to make understanding crystal clear.

Many speakers say that the Agile methodology is a pre-descriptive method of performing the task. In contrast, another part believes that it is a proper format working in which a team can achieve the best software development.
None of the above analogies is completely true or false at the same time.
So what is exactly Agile methodology? It’s the main plan. Let’s go deep into it.

What is Agile Methodology?

Logically Agile is neither a method nor a format. It’s a philosophy based on which any team can develop software. It states certain methodologies based on which we can complete development in a more efficient method than the traditional waterfall model in software engineering.
What’s that waterfall method in software engineering? We at Thinkcloudly believe in the complete unquestionable description. So, let’s clear it out.

The waterfall model in software engineering is a pre-described set of steps that must be followed to achieve better software. 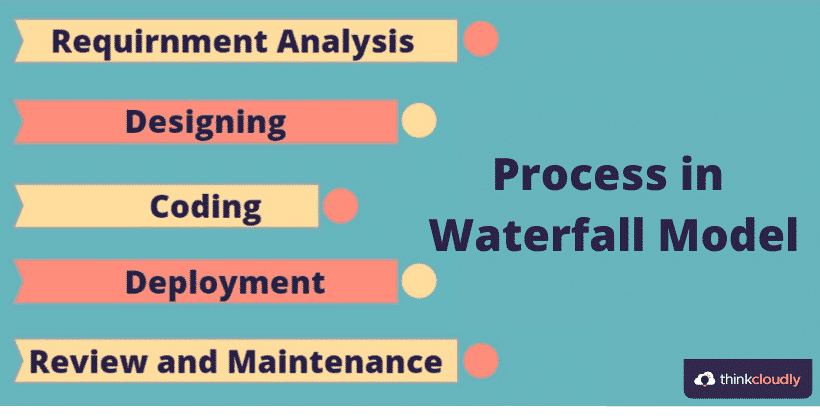 The steps involved are:

So, Agile methodology is the philosophy to implement the waterfall model better.

The core behind Agile methodology:

Agile methodology is based on an iterative manner of development which facilitates us to maintain the changes coming in a race with time as per the need of stakeholders. 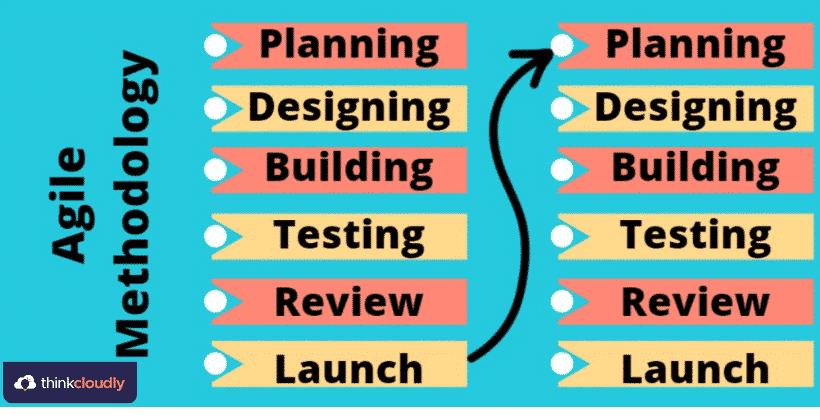 The complete process of development passes through various iterations before deployment. This gives us a bounce over traditional methods, i.e. we can add the updates whenever we need. At the same time, we get an edge on faster implementations of improvements as we go over iteration methods.

This core reason for improvement and faster implementation was the expected pull toward Agile methodology. Nowadays, leading companies rely on it, and some on the traditional model are switching towards Agile.

Read our more resources to learn about cloud computing:

Agile methodology is a philosophy following which we can develop efficient and improved software.

It is an improvement in traditional models like the waterfall model.

It add-ons the concept of iterative development and leads to easy and faster updates in software.

From Data Integration To Cloud Migration: Open Your Hands For Next IT Wave In 2023